How to Change a Kitchen or Bathroom Tap

The Comprehensive Guide on How to Change Out a Tap

There are a number of good reasons why you should change your tap. It extends far behind kitchen & bathroom design and aesthetics.

Perhaps the tap is no longer working properly, causing leakage. You could be in the middle of the kitchen or bathroom remodel.

In this case, you want the tap to match the renovation design that you are going for.

The good news is that changing or even fixing a tap is not that difficult.

Your hands might get a little dirty but having the complete tools and knowledge will let you get in the right track and prevent you from having any home renovation disasters.

As they say in the renovation game: “planning gets results”.

Why You Should Change Your Old Tap 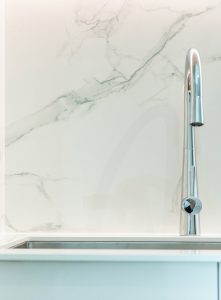 The biggest giveaway that your tap needs replacement is it is constantly dripping. There are other reasons why the tap is dripping, such as high water pressure in the pipes. You could also have malfunctioning valves. You may want to check if you have any of these plumbing problems first. You probably require the assistance of a professional plumber.

Similarly, if you notice water damage at the bottom of the tap or under the sink, you need to fix the tap right away. With the rising costs of water bills in Australia, it is a must that you prevent any leak. In 2017, a warning was sent out to residents regarding the possibility of water costs doubling by 2040.

While there are currently no restrictions in Brisbane and Darwin, other areas have a different situation. In Sydney, for instance, a level 1 water restriction has been placed until further notice. Meanwhile, Permanent Water Efficiency Measures or PWEMs were implemented in Perth and the rest of Western Australia since 2007.

Every year, there are sprinkler water bans at specific periods to facilitate water conservation in the city. Australia is considered the driest continent in the world. You can do your part to save the area and the planet as well by fixing your tap. Other reasons why you should look into changing your kitchen tap today include:

An easy way to tell if you have a water leak problem is to check the water meter. Knowing how to read the water meter of your property can be truly helpful at this point. 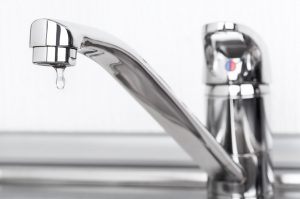 Here are the steps if you wish to learn how to read the meter:

You can test if the reading is accurate by turning off all the taps in your property. Then, take a look at the red numbers in the water meter. Next is to get a 10-litre bucket and fill it up. Once again, make sure that no other taps are flowing while you do this test. Check the meter and it should now have an additional 10 litres.

As you keep an eye on your water usage, you will notice that the digits in the water meter still go up even when no tap is being used. Also, you should see that the leak indicator in the water meter is moving. Depending on the brand of the water reader, the indicator may be a tiny triangular shaped gauge. Others use a silver wheel, which rotates when water is flowing.

Another test is to turn off all taps and check back after one or two hours. If the digits remained the same, you do not have a leak. Otherwise, it is time to change the faulty tap.

What You Need to Know About Kitchen Taps

Before you start, there are many important things about taps that you should know. Taps, whether used in the kitchen or bathroom, are among the most common fixtures found in every home. Every day, people use taps for a variety of activities, including washing their hands. For this reason, it is essential that you understand more about your kitchen or bathroom tap before you jump into replacing it.

There is not much of a mind-blowing difference between a kitchen and a bathroom tap. However, it is quite common to find taps that are specifically for kitchen sinks and others for the bathroom. Many kitchen taps come with features that you may not find in any bathroom tap. Some examples are those that come with a swivel spout and spray hoses attached.

Since there is no kitchen or bathroom design rule, most of the taps, even those that are labelled as such, can still be used in the bathroom. However, to use a kitchen tap in the bathroom, it is important to find one that physically matches the sink. You can still utilise the tap even if the two do not match but you may have to modify the sink. Clearly, it is not a practical idea for most people.

Kitchen taps can either have a single or double handle. It will depend on the valve mechanism within its system. If you have a single-handle tap, its supply tube is connected to the tap right at the base of the opening or spout. Installing the tap means that you will feed these two tubes through a hole at the centre of the kitchen sink.

Meanwhile, a double-handle tap often has its supply tube connected directly to the handles. You can find kitchen taps with flexible hoses, which have their handles linked to the spout.

For a bathroom tap, especially for the bathroom sink, there are different shapes and materials used. Some prefer plastic, while others use porcelain or meal. Bathroom sinks can have one main hole for installing single-handle taps. However, if you have a sink with no holes, you will need to make your own.

One notable difference between a bathroom and a kitchen tap involves the basin. A bathroom sink has a smaller rim compared to the kitchen sink. Therefore, a bigger kitchen tap cannot be used. Bathroom sinks also have back rims that curve to complement the contours of the sink.

If you plan to use a kitchen tap for the bathroom sink (or vice versa), there are a few considerations to make. The tap should fit the sink, which will heavily depend on the type of tap you have. Its shape will also determine whether or not you can use it. Check if the holes on the sink match the tap’s hole spacing as well before you install.

Frequently, most of the kitchen taps that work well in the bathroom are those single-handle models. Make sure though that the one you purchase has a small base. On the other hand, if you have a double-handle model, it should have a flexible hose to link its handles to the spout.

When you are out to purchase a new tap for your kitchen or bathroom, you will discover numerous options available. The most common types include:

Things to Consider When Buying a New Tap

Shopping for something as simple as a kitchen or bathroom tap can quickly confuse you. There are numerous options with different types and technologies involved. You can go for a traditional or modern look but the style is not the only thing to consider. Here are the other factors that can affect your buying decision:

The price should also be considered. You want to stay in your budget when it comes to taps. However, since kitchen and bathroom taps are used frequently on a daily basis, it should be made of high-quality materials. Cheap taps let you save but superior quality products are worth the investment since they last longer.

The reason why people choose to DIY the installation of a new tap is to save money. The amount you will shell out will depend on many factors, including the type of tap you go for. The condition of your current tap also affects the total cost, as well as your vanity, bench or sink. You could spend about $350+ on average. However, if the tap and sink do not have any issues, the cost of DIY can be around $245 or less.

To begin the replacement process, you should prepare the needed tools first:

When you are ready to start, make sure that you turn off the water supply first. Then, turn on the tap that you will replace. Let the residual water run for a few, which should usually stop after a minute or two. You can then proceed with the following steps:

Sometimes, the jumper valves are attached to the washers, so you may have to replace them together. Domestic taps generally measure 12mm diameter but there are some with at least 15mm in size. If your old tap has a shroud, you can use silicone to reseal the area, which helps in avoiding mould growth.

You will then have to reassemble the tap just like how you disassembled it, only this time, you do it in reverse. Put the washer and the valve back. Then, attach the tap bonnet tightly using the wrench. Lock the tap first before opening the water.

The final step is to test if you did a great DIY job. Turn the water supply back on and rotate the tap head. It should no longer be leaking, which means you have accomplished your task.

Provide and upload any details up have below.

Please Note: Due to high demand & direction of the buisness, we are only able to quote Bathroom Renovations which exceed the amount of $25,000 & Kitchen renovations higher than $40,000 as we pride our selves in uniqueness and quality as a leading Home Renovations Company.

If you do not have plans then we can also organise a consultation for a design and construct package.

Google Rating
4.8
Based on 12 reviews

Space Box
02:20 18 Apr 22
As an industry partner to Stew and the team; they are always such a pleasure to deal with. When dropping off onsite storage we certainly enjoy popping out heads in to see their latest creations. We look forward to working with PRC in the future.

Selena Collier
08:01 09 Aug 20
Very satisfied customer! Stewart and the team at Perth Renovations Co did a super job with our kids bathroom. It was an old 1960's bathroom and the room was completely gutted and transformed. Stewart did his best to stick to our very tight budget, but still using quality fixtures. Three years on and the bathroom is still looking great. Selena - Rossmoyne.

Ola Rogers
04:16 06 Aug 20
We loved our bathroom renovation and extension in Bull Creek. Perth Renovations Co also fitted a Velux window which transformed the space. Communication was easy throughout the whole process and we are very happy with the end result. We definitely highly recommend Perth Renovations Co.

Tania Cabanillas León
03:39 09 Aug 19
100% recommended. They did the job quick and easy and took the time to answer all my questions and explain me my options! Amazing service.

Patricia Woods
00:00 12 Feb 19
I contacted Perth Renovations Co to undertake the complete renovation for my laundry, downstairs shower room, toilet and bedroom in Cottesloe, with a tight deadline for completion prior to Christmas. I dealt with Stewart and found him and his entire team to be highly professional, organised, reliable and exceeded my expectations in every way. I was impressed with Stewart’s expertise in planning the job, support in design and selecting materials and seamless coordination of multiple tradeworkers.I felt confident and reassured having been provided with a project work schedule and received regular updates of any changes and estimated time of attendance. They were considerate of my own work commitments and taking care to ensure my dogs were happy, safe and not distressed with building work. Perth Renovations Co did a fantastic job and I am thrilled with the finish. I cannot recommend this team highly enough and won't hesitate to use them again. Dr Trish Woods - Cottesloe

Stewy Dingle
12:21 23 Jul 18
Great service and very happy with my new bathroom. Easy to deal with!

Levi Saunders
06:09 19 Sep 17
Fantastic Job guys. Looking forward to doing more reno work with you on my next property